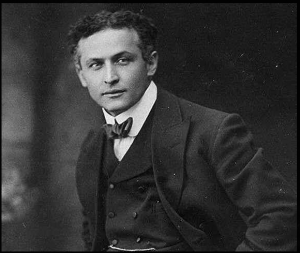 While locksmithing might seem like a pretty straightforward profession, an incredibly famous locksmith was none other than the famous magician and illusionist Harry Houdini!

Houdini was known for some seriously death defying tricks that have made him a household name to this day, even though he died almost 100 years ago. But was he an actual locksmith, or was it all smoke and mirrors?

While many of his classic magic tricks in general have been revealed, he in fact actually did pick many of the locks that he used during his performances. A number of other illusions were used in his acts, but lockpicking was key (pun intended) to quite a few of the tricks he performed. While picking an old lock might not seem that impressive, the fact that he did it while under a number of stressors is incredible! From being underwater, suspended upside down, holding his breath, and even being buried underground, he was still able to pick the locks and free himself. What a pro!!

There is so much more about the life of Harry Houdini, but the fact that he was a skilled locksmith, on top of all of the other death defying trick he performed, makes him a true inspiration to locksmiths and magicians alike!