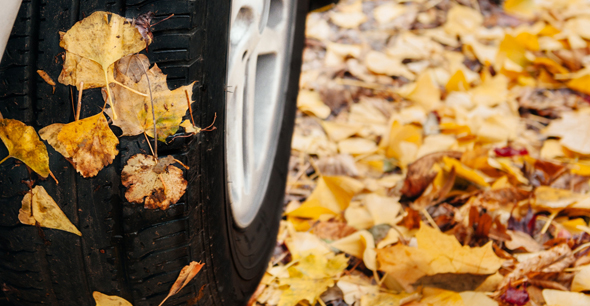 Summer in the Lehigh Valley doesn’t seem like it wants to cool down, but fall is officially here and that does change things a bit when it comes to your driving habits.

We may not often take the time to think about it, but the changing of seasons should also coincide with with a change in how we approach the road. Let’s take a look at five tips that can help you as fall arrives.

According to the National Safety Council, while just 25 percent of our driving is at night, 50 percent of traffic deaths occur then. It also gets darker earlier during the fall.

2. Watch Out For Kids

This almost goes without saying, but kids will be walking home from school or the bus during the fall. That’s a big change from the summer, so be prepared to look out for them in crosswalks or pretty much anywhere else.

3. Watch Out For Deer

According to the Insurance Institute for Highway Safety, drivers are 3.5 times more likely to hit an animal, especially a deer, during November than any other month of the year. Stay alert.

Water doesn’t evaporate as quickly during the fall. Couple that with fallen leaves and roads, especially bridges, get much more slippery than usual. Be careful when breaking.

5. Take Your Car in for Service

The fall is a great time to get your tires rotated, or just looked at in general. You will rely on them much more in the fall and winter months than in the spring and summer.

Be sure to contact 24/7 Emergency Locksmith for any of your lockout, keys, or locksmith needs!